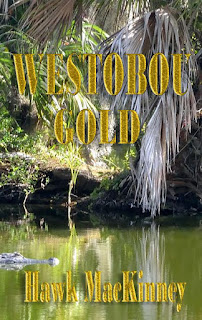 The second installment of author Hawk MacKinney’s Moccasin Hollow Mystery Series opens with backstory concerning a Native American queen that keeps secrets from “metal-clothed” white settlers even at the risk of her own life, with her treasure consequentially never found.  However, the secret may yet be found when amateur archaeologist and private investigator Craige Ingram finds himself in the crosshairs of kidnapping. Other things such as underage sex-tape blackmailings and murders for thrills occur on federal land, alongside soured drug deals and political corruption that threatens the lives of Ingram and his love Terri.

The present-day story opens proper with an imaginative and avaricious but street-sense-lacking Johnny Crockett, who makes sex videos with his friend Emmett Whitfield, and is a bit of a nymphomaniac even with married women. The second chapter reintroduces protagonist Craige Ingram, who has a German shepherd named Lucky he had found as an abandoned highway puppy, and meets with a man named Effington Crawforde, a fellow archaeologist, who informs of Native American artifacts being stolen from tribal lands and their burial sites. Those who don’t remember the first book too well will definitely relish at the backstory exposed for Ingram, such as going to the Naval Academy in Annapolis.

Ingram has a relationship with Terri Wofford Stanley, a widow with one son from her previous marriage who had a near run-in with death with Craige towards the end of the previous installment. Overall, this is an enjoyable sequel that’s largely on par with the original, with plenty of action and mature themes dealing with things such as sex videos, although there is occasional confusion, for instance, with regards as to whether the character Purvis is a state trooper, given the mention of a “uniform” after the first reference to the character. Even so, those that enjoyed and remembered the first book will most likely enjoy its sequel. 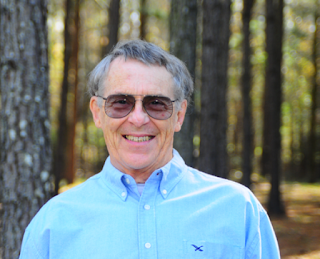 Internationally acclaimed author and public speaker, Hawk MacKinney began writing mysteries for his school newspapers. He served in the US Navy Reserve for over 20 years, and was a tenured faculty member at several state medical facilities, teaching postgraduate courses in both the United States and Jerusalem, Israel. Since retiring Hawk has authored several novels that have received national and international recognition. Moccasin Trace, a historical novel, was nominated for the prestigious Michael Shaara Award for Excellence in Civil War Fiction and the Writers Notes Book Award. The Cairns of Sainctuarie, his science fiction series, includes The Bleikovat Event and The Missing Planets, with a third book in the works. Hawk’s latest project focuses on The Moccasin Hollow Mystery Series. Book 1 in the series, Hidden Chamber of Death, was released early 2016.