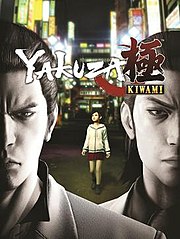 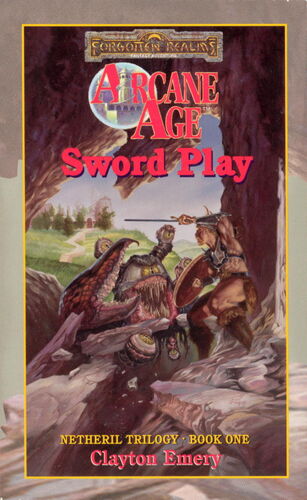 The first installment of author Clayton Emery’s Netheril trilogy opens with a blurb where a glob has the maiden Ruellana in its grasp, with Sunbright the barbarian chasing her through a portal despite the elf Greenwillow’s warnings. The actual events of the story open with Sunbright eluding his enemies, orcs, in the Barren Mountains, whilst noblewoman Lady Polaris talks to the magicians Candlemas and Sysquemalyn about a rusty taint of a wheat harvest, the pair of sorcerers further making a bet as to whether Sunbright will survive. The barbarian battles a remorhaz, an ice worm, while the gambling wizards watch through a palantir.

Delegates of the Beneficent Traders’ Guild of Dalekeva see Candlemas, the merchants wishing to seek an audience with the enigmatic One King and demanding word of his submission to Netheril, the wizard wanting them to take Sunbright along. When Sunbright meets the One King, he is incarcerated, although the maiden Ruellana promises him escape. The barbarian is tasked with seizing a mysterious tome from the dragon Wrathburn, and, after convincing the wyrm to turn against the One King, attempts to barter for the release of the elf Greenwillow. The mentioned magicians continue their bet throughout the novel, with twists and turns along the way.

Overall, this was an enjoyable Forgotten Realms book, full of plentiful action, with occasional good twists such as true identities of certain characters revealed, although it follows many tropes of other fantasy stories and features nods to franchises such as Lord of the Rings, the encounter by Sunbright with the dragon somewhat imitating that of Bilbo with Smaug in The Hobbit, although it has enough elements to stand on its own, especially with some of the unique names such as that of the sorceress Sysquemalyn. Those seeking a fantasy yarn that doesn’t take much chances will likely enjoy this story, and I in particular will definitely read its sequels.

The first installment of author Terry Brooks’ Voyage of the Jerle Shannara trilogy opens with Wing Rider Hunter Predd patrolling the waters of the Blue Divide north of the island of Mesca Rho, a Wing Hove outpost at the western edge of Elven territorial waters, when he finds an injured man. Meanwhile, Elven King Allardon Elessedil waits the arrival of a scribe to copy the map Hunter finds. The titular antagonist, the Ilse Witch, observes the buried keep of Paranor, where Allardon goes to meet Walker the last of the Druids, and his moor cat Rumor.

As these events are unfolding, Redden Alt Mer patrols a Federation war camp, fighting for its government due to their pay, although he and the Rovers, despite fighting well, despise discipline, and his disobedience leads to his arrest. Walker meets the Elven King and wishes him to share magic with his people, although the monarch is reluctant to do so, after which assassins attack and wound the regent. Hunter and Walker ultimately rendezvous with Bek Rowe and Quentin Leah, making it a point to summon an airship crew to fight the Ilse Witch.

Bek eventually receives a phoenix stone from the King of the Silver River, with this encounter seeming a dream. They join the voyage of the series’ eponymous Jerle Shannara, an airship that takes them over the vast expanse of the Blue Divide into the unknown. Two months elapse before the vessel reaches the island of Shatterstone, with incidents such as a sentient jungle, an encounter with War Shrikes, and a couple of storms. The Ilse Witch’s own ship, the Black Moclips, encounters the Jerle Shannara, with a few battles and revelations concluding the story’s action.

Overall, this is an enjoyable start to the Voyage of the Jerle Shannara trilogy, with plenty of action and a believable fantasy world, hints of olden Earth dropped throughout the narrative, and plenty of continuity nods to prior entries of Brooks’ franchise popping up. Sometimes, however, one can find it difficult to track the races of particular characters, and a list of dramatic personae preceding the action fo the novel would have certainly been welcome. Regardless, I certainly don’t regret reading this fantasy yarn, and very much look forward to reading its sequels.
Posted by Gallen Remy at 10:47 AM No comments:

Another live-action Disney remake no one asked for, but is still good in its own right. Jim Dear and Darling's rat problem plays a more significant role towards the end of the film.
Posted by Gallen Remy at 9:49 AM No comments:

This Peter S. Beagle novella opens with the eponymous equine living alone, being old and immortal, with a fat man coming across her and mistaking her for a standard horse, a butterfly teasing her as well, and being warned about the Red Bull. The Midnight Carnival also mistakes the unicorn for a regular steed, featuring many regular animals posing as mythical beasts, although among them is Schmendrick the magician, who recognizes the unicorn for what she really is. The wizard and the unicorn ultimately flee, with the latter asking wondering the possibility of others of her kind still existing in the world.

One of the primary issues with the story is that at times, despite occurring in what seems to be a standard medieval fantasy otherworld, there are references to Earth languages such as French and folktales such as Robin Hood, which makes it feel sometimes anachronistic. A woman named Molly Grue joins the unicorn and Schmendrick, heading to the town of Hagsgate, where the melancholy King Haggard lives. The Red Bull serves as something as an antagonist, appearing when the unicorn emerges from hiding, with the horned equine for a few chapters transformed into the human Lady Amalthea.

Haggard’s heir Prince Lir ultimately joins the unicorn the battle against the Red Bull, with the story generally being a short but sweet read, given some occasional good poetry and decent denouement, although the aforementioned issues with anachronism somewhat mar the narrative. Although there is some tragedy involved with the novella, moreover, it does end with hopeful notes and the potential for romance after its main events. Ultimately, this was a good fantasy story for its time, the late 1960s, and while it falls somewhat short of being a masterpiece, it is recommended overall. 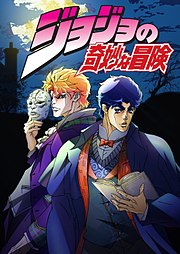 An anime following the Joestar family starting with the end of the nineteenth century, with the first of the eponymous characters, Jonathan Joestar, having a rivalry with the adopted Dio Brando, with vampires thrown into the mix. Has some good, if a little violent, fight scenes, and the localization is overall sloppy, given the lack of translation for the opening and closing credits, plenty of Japanese onomatopoeia, and the convention of characters shouting the names of their attacks.
Posted by Gallen Remy at 8:58 AM No comments: 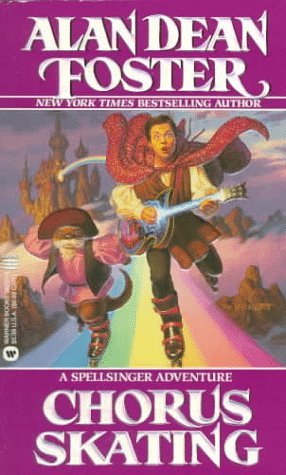 Alan Dean Foster’s final Spellsinger story opens with Flagyr the badger and his friend Invez the serval hearing a musical phenomenon, which is visible. Meanwhile, human spellsinger Jon-Tom and his otter friend Mudge are fishing while their wives are away, with their efforts at housekeeping largely being a mess. One of the cleaning sprites, Fugwheez, stands out, with Jon-Tom, desperate for a new adventure, visiting the turtle wizard Clothahump, who tells them of the wizard holiday Crixxas and the mentioned visible music, to which the spellsinger and his lutrine companion give chase.The two encounter things such as intelligent paperwork and toll-takers Phembloch the ratal and Tack the shrew, who receive a more fanciful gate to defend through spellsong. Jon-Tom and Mudge soon meet the mongoose Lieutenant Naike, who seeks his country’s missing princess, the travelers agreeing to help. The grizzly bear Manzai holds several princesses hostage, with the company rescuing them and continuing on their way in chase of the fleeing music. The company eventually find a swamp buggy from Earth that conveys them across Karrakas. At the fishing village of Mashupro, they hear of a plague killing music, and incidents cause them to flee.Afterward, the wayfarers endure a storm on the new craft for which they trade, although almost immediately after they escape it, they encounter an intelligent whirlpool that takes kindly to jokes. On one of the many islands they visit, they find a band from Earth that briefly tags along, after which they meet the main villain, Hieronymus Hinckel, a battle with him concluding the novel. Overall, this is an enjoyable conclusion to the Spellsinger saga, although many readers won’t get the musical references, and as with its predecessors the eighth entry references technology that didn’t exist when Jon-Tom first entered the novels’ world.
Posted by Gallen Remy at 9:17 PM No comments: 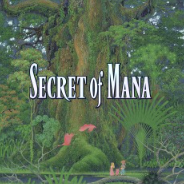