More Than a Soldier Spotlight 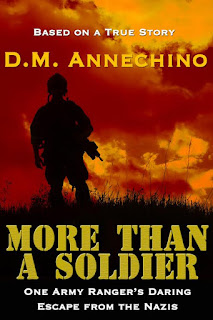 Feeling a patriotic duty to defend his country after Japan bombed Pearl Harbor, seventeen year old, Angelo J. DiMarco, enlists in the U.S. Army. Severely short of frontline fighters, the Army rushes Angelo through Ranger training and sends him to Italy as part of the 1st Ranger Battalion. Their objective: stop the German invasion.

Fighting on the front lines in Italy, the German’s teach Angelo a sobering lesson on life when they capture him during the bloody battle of Cisterna. Against insurmountable odds, Angelo miraculously escapes in a way that stretches the imagination. He survives behind enemy lines for over five months, hiding from the Germans and trying to outmaneuver them. He begs for food, sleeps in barns and suffers from many ailments, including dehydration, malnutrition, malaria and exposure to the elements.

More Than a Soldier is Angelo DiMarco’s powerful story of survival, resilience and courage.

Praise for More Than a Soldier:

Annechino colorfully draws the actions scenes, and richly brings the supporting cast of characters to life. A moving tale of survival in war-torn Europe.
- Kirkus Reviews

Nuanced and eloquently written, More Than a Soldier adds to the body of WWII literature an extraordinary story of survival and a deeply affecting portrait of a soldier’s coming-of-age.
- The iRead Review 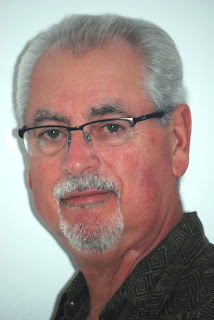 Daniel M. Annechino, a former book editor, wrote his first book, How to Buy the Most Car for the Least Money, while working as a General Manager in the automobile business. But his passion had always been fiction, particularly thrillers. He spent two years researching serial killers before finally penning his gripping and memorable debut novel They Never Die Quietly. He has written and published five novels—all thrillers. But his latest work, More Than a Soldier, is a Historical Biography set in Italy during WWII.

A native of New York, Annechino now lives in San Diego with his wife, Jennifer. He loves to cook, enjoys a glass of vintage wine, and spends lots of leisure time on the warm beaches of Southern California.