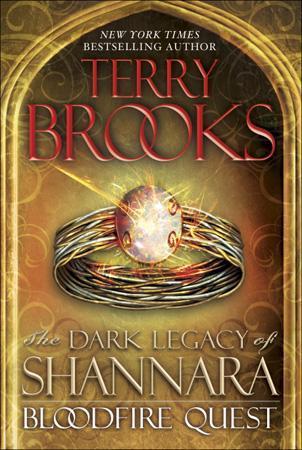 The second entry of Terry Brooks’ Dark Legacy of Shannara trilogy opens with Arlingfant Elessedil, or simply Arling, hearing the voice of the dying tree Ellcrys, which says she is the chosen, although Arling doesn’t want to become its successor, and converses with her sister Aphenglow, Aphen for short, about the matter. Aphen researches the history of the Ellcrys, discovering that her ancestor Amberle Elessedil was the last Chosen to become the tree, the history she reads up on having significant gaps. Aphen informs her sister of her discovery, further mentioning the Bloodfire, whose magic can quicken the cultivation of a new Ellcrys.The human-dominated Federation has since abandoned their occupation of the Druid Keep Paranor, and in the meantime, the Ard Rhys and her party traverse the hostile country of the Forbidding, where they fend off attacks from umbral beasts, also encountering some Jarka Ruus, those imprisoned by the Forbidding. Within the Federation, the assassin Stoon meets the new Prime Minister a woman named Edinja Orle, with plenty politicking occurring, and the new PM allegedly being pro-magic. Aphen and Arling deal with a hostile mother when they visit her, and find clues in a trunk holding old texts.The second entry ends with Aphen finding her sister missing, naturally serving as a cliffhanger to the trilogy’s concluding entry, and overall being a competent but generic fantasy novel, with a map depicting the Four Lands that had once been the Pacific Northwest of Old Earth. Bloodfire Quest also somewhat distinguishes itself from other fantasy stories by depicting races such as Trolls as being good, although as with other entries of the franchise new and old, there is frequent lack of clarification as to which races the various characters belong to, and occasional long gaps between names and pronouns. Regardless, those who truly enjoyed the first book will get the most out of the second.
Posted by Remy Gallen at 9:53 PM No comments: 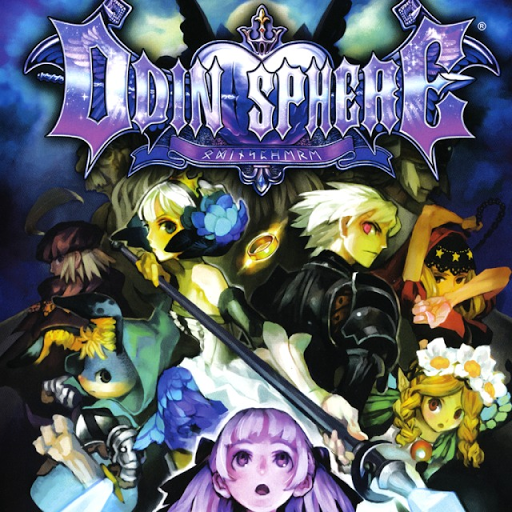 Posted by Remy Gallen at 5:01 PM No comments: 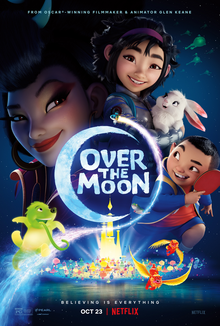 I watched this due to a review by my friend Moonhare, and reasonably enjoyed it, being about a Chinese girl who loses her mother and her father moves on, and she tries to make a homemade rocket to the moon to prove the moon goddess Chang'e exists. The animal imagery was definitely the highlight of the film.
Posted by Remy Gallen at 12:27 PM No comments: 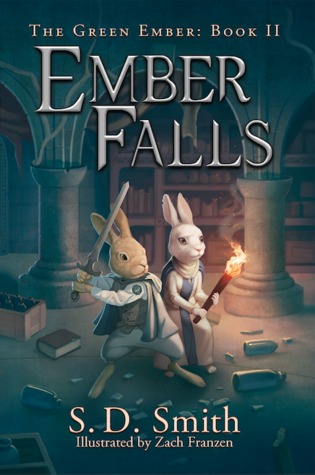 Like its predecessor, the second entry of the Green Ember tetralogy by S.D. Smith opens with an excerpt from The Wreck and Rise of Whitson Mariner, with Prince Lander questioning how he will die, with one possibility being monsters carrying him away. The main chapters open with Picket Longtreader traversing fog with Prince Jupiter Smalls, still seeking his missing family. Birds of prey give chase, and the two find nothing in an enemy camp. Picket’s sister Heather, in the meanwhile, is training to become a doctor, finding her initiation bittersweet.Some chapters give focus on the slaves of the avian villain Morbin, including the female Sween, a skilled songstress. Picket continues to train with his master Helmer, and there is revelation of royalty thought lost. The rabbits have several battles with the antagonistic wolves and their allegiant birds of prey, and lapine loyalties regularly go to the test. One of the characters, Emma, ponders sacrificing herself to reach a ceasefire with their enemies, although Heather goes in her place, finding herself in Morbin’s lair, the second book ending with one of Sween’s songs giving her hope.All in all, I found this a fairly enjoyable sequel, given its focus on animal characters, many of which are far from interchangeable, although akin to fellow animal-focused literary franchise Redwall, some species have no “good” members among them, although the rabbits are more black, white, or gray in that respect. The backstory is also good, and the pacing is relatively quick given the brevity of most chapters, the illustrations giving readers further insight into the relative “look” of the events in the book. Those who enjoyed the first book in the series will most likely in the second, and after reading the excerpt from the next book, I’m definitely game to read it.
Posted by Remy Gallen at 11:22 PM No comments: 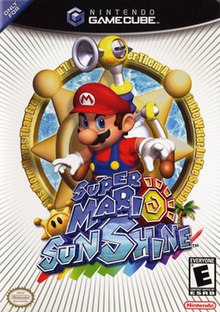 A Revolution Rife with AtrocitiesIn recent console generations, videogame developers have prided themselves in remastering older titles graphically and porting classic games to contemporary consoles, provided they actually held onto the programming code, unlike some game corporations (*cough* Sega *cough*). That aside, Nintendo would release a collection of three Mario games on their Switch hybrid console, Super Mario 3D All-Stars, similar to what they had done generations prior with classic Mario titles on the Super NES, with the first three-dimensional game in the franchise, Super Mario 64, among the games in the anthology. Has it stood the test of time?The inaugural 3-D Mario opens with Princess Toadstool, now identified as Peach, inviting Mario to her castle for cake, although Bowser holds her hostage, and it’s up to Mario to save her. It’s more or less the same plotline as in prior Mario games, and while there are a variety of worlds the plumber visits, they don’t receive any backstory, and there’s little, if any, contribution to the overall Mario mythos. The translation is mostly a decent effort, although there are several kinks such as the initial voiced dialogue in which the princess addresses herself as “Princess Toadstool…Peach!” when “Princess Peach Toadstool” would have sufficed, not to mention the general unmemorable nature of the writing.That leaves the gameplay to shoulder the burden, and lamentably, Super Mario 64 doesn’t fare any better in that regard. While some of Mario’s moves are fun to mess around with, the absolutely terrible camera and controls really hurt the experience, and while the plumber has a life meter, it becomes pointless in the face of easy instant death from long falls, which will happen quite frequently due to the camera seeming to have a mind of its own. Simple tasks such as chasing a one-up mushroom and walking across narrow paths become herculean, and the battles against Bowser where Mario has to grab him by the tail, whirl him about, and launch him towards mines, are needlessly tedious. In the end, the gameplay is often absolute torture.Super Mario 64 would have also benefited from better checkpoints, and I experienced many cases where I revealed a star, their collection necessary to fight Bowser and advance what little narrative there is, only to die and have to repeat the tasks needed to reveal the star in the first place. Save opportunities also only occur upon collection of one of said stars, and despite contemporary technology, the Switch port doesn’t include a suspend save. Given the three-dimensional gameplay, furthermore, minimaps for each area would have been welcome, and there are plenty of difficult jumps and largely unrefined level design. All in all, the game scarcely interfaces well with players.Pretty much the only remotely passable part of the game is its aural presentation, with several standout musical tracks such as the regal interior castle theme, the pretty nautical area music, and so on. However, there are plentiful lackluster tracks such as the Arabian-esque hot area tune, and the voice acting can be grating, especially when forced to hear Mario’s screams for the umpteenth time, and Bowser’s taunt whenever the plumber loses a life can be insulting. Ultimately, the sound is pretty much one of few areas where the game doesn’t fail, but certainly doesn’t excel.The visuals, however, haven’t aged well, with blocky three-dimensional character models and scenery that contains plenty of blurry, pixilated texturing, along with plenty of environmental popup, and things such as the various Toads throughout the palace appearing ghostly the further Mario is from them. The characters, though, look as they should, and the colors are believable, but otherwise, the graphical presentation very much falls short.Finally, the first three-dimensional Mario game is longer than its 2D precursors, with players possibly able to get through it in as little as twelve hours, and while there is theoretical lasting appeal in the collection of every star, the experience isn’t nearly enjoyable enough to warrant supplemental playtime.Overall, time definitely hasn’t been kind to Super Mario 64, and while most can agree that it was a revolutionary title in its era, that doesn’t really mean it’s a good title, given its absolutely-abominable gameplay and control, the high degree of repetition, the generic narrative, the lackluster visuals, and the sheer torture of playing it longer to achieve one-hundred-percent completion. It really lends the impression that Nintendo rushed to release it without bothering to test it for quality or even playability, given its relative unrefinement in most of its aspects, and it’s incredibly difficult to recommend to mainstream gaming audiences.The Good:+Music is okay.+Short.The Bad:-Not short enough.-Loads of repetition.-Horrible camera and controls.-Generic Mario plot.-Graphics haven’t aged well.-Tortuous to invest additional time in.The Bottom Line:The first 3D Mario, and it definitely shows.Score Breakdown:Platform: Nintendo SwitchGame Mechanics: 0.5/10Controls: 0.5/10Story: 0.0/10Localization: 4.0/10Music/Sound: 5.0 /10Graphics: 2.5/10Lasting Appeal: 0.5/10Difficulty: Incredibly ArtificialPlaying Time: 12-24 HoursOverall: 1.5/10
Posted by Remy Gallen at 10:17 PM No comments:

The first installment of author Terry Brooks’ Dark Legacy of Shannara series opens with protagonist Aphenglow Elessedil, or simply Aphen, finding a diary written by a young princess from the age of Faerie, Aleia, who meets a Darkling child of the Void. A search for the magical Elfstones initiates, and Khyber Elessedil, Ard Rhys of the Fourth Druid Order, wakes from her lengthy Druid Sleep as a result of the Elfstones calling out to her. As Aphen researches the diary, siblings Railing and Redding Ohmsford are up to mischief, with Mirai Leah visiting with her airship, the Quickening.

Khyber too comes to visit the Ohmsfords, although their mother Sarys is reluctant to have accept her into their lives. In the meantime, the Prime Minister of the Federation, Drust Chazhul, and his advisor Stoon, plot against the Druid Keep Paranor, and the main heroes find themselves visiting the Forbidden, where all sorts of dark creatures are imprisoned by the Ellcrys. Several battles conclude the first entry of the trilogy, with the cliffhanger of a voice calling out to one of the characters serving as a lead-in into the first sequel of the Shannara subseries.

All in all, this was an okay beginning to the Dark Legacy of Shannara trilogy, with plenty links to prior subseries and a good deal of fantastical action, the occasional politicking thrown into the mix. However, one can definitely find it difficult to keep track as to what races the various characters belong to, and while there is an illustration depicting several of the dramatic personae after the primary text, there’s no indicator as to who is who, and better descriptions of the appearances of the characters would have been welcome as well. Regardless, I would still be interested in reading the rest of the subseries.

Posted by Remy Gallen at 9:59 PM No comments: