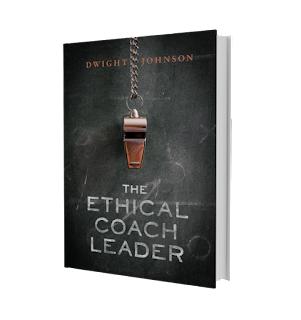 Author Dwight Johnson, with his book The Ethical Coach Leader, presents the common point that ethics are an increasing concern in many sectors of America, such as business and education, whose values have been criticized. He questions whether textbooks and classes are necessary to understand ethics, and promises this book to be easy to read, being fiction with hypothetical universal application. The chief storyline centers on a college coach whose star player has flunked a steroid test, which puts him into an ethical dilemma, and has several supernatural encounters during a few restless nights of slumber.

A sixth apparition known as the Ghost of Introspection oversees the coach’s ghostly visitations, and provides occasional asides at the beginning of a few of the latter chapters. Throughout the text there are also occasional illustrations and diagrams visualizing ethics. Overall, this is an enjoyable parable that makes good points about ethics, even if it derives its supernatural aspect from the work of Charles Dickens. It is very much recommended to those who face various ethical dilemmas, and is enjoyable by both youths and adults, both who will likely gain something from the literary experience. 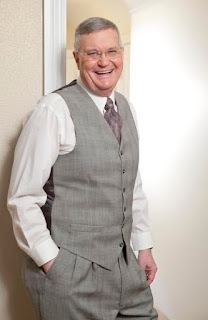 Dwight Johnson resides in Colorado Springs where he works at the United States Air Force Academy. He is a retired Air Force Lt. Colonel who was a Squadron Commander three times and a Division Chief twice. He also served as the Department Head of Services at the Air Force Institute of Technology, where he taught Customer Service and Total Quality Service.

​In 2012, Dwight was awarded the General Billy J Boles Mentorship Award for the Air Force Academy for mentoring cadets.