I Love My Pet Elephant 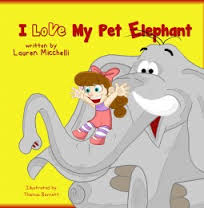 Author Lauren Micchelli dedicates this children’s book to her brother Pete, whom she considers one of her best friends, and sports illustrations by Thomas Barnett. Like many children’s stories, the narrative is in rhyme, with an ABCB pattern retained throughout the book. The narration is first-person, with the female protagonist never given a name, although that the author names the titular pet elephant Pete like her brother hints that she herself might be the narrator. Following every stanza is an illustration depicting the story’s action, the first featuring the protagonist upon Pete’s trunk in her likely backyard.

Pete can fly, as well, by flapping his ears, and has a diet similar to humans aside from the typical pachyderm courses of leaves and peanuts. Whenever she bathes the elephant, moreover, he does the same in return, the respective visual indicating that she’s not annoyed at all by a shower from Pete’s trunk. The narrator, after school, which is not depicted in the story, simultaneously snacks and rides Pete upon returning home. The girl likes to ride bikes as well, and attempts to get Pete to do so, although he proves too massive for a bicycle. The narrator additionally enjoys tire swinging and swimming, claiming that Pete looks cool when wearing sunglasses in the pool.

The narrative concludes with the narrator’s claim that she and Pete love sledding after a snowfall, loves sleeping upon his head while he slumbers in her bed, and that, being her best friend, she loves to see him whenever she wakes, the final illustration depicting her giving the pachyderm a kiss. Ultimately, this is an enjoyable, lighthearted story that children will be certain to enjoy, although it does somewhat derive from the Disney film Dumbo, and brings to mind the episode of The Simpsons where Bart temporarily receives a pachyderm companion. Even so, this children’s book is more or less ideal to those used to rhythmic juvenile tales. 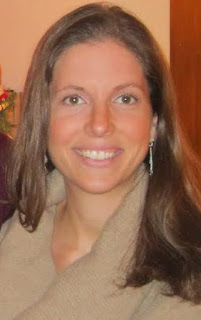 Lauren Micchelli is a newly published author, having penned her first book in 2014. She has since continued the Snootzytime Adventures of Maddie and Murphy series, and went on to publish A Day Of What Ifs and I Love My Pet Elephant.

Impressively, she was the recipient of New Book Award 2015 for I Love My Pet Elephant.