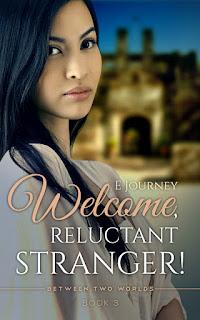 The third installment of author E. Journey’s Between Two Worlds series opens with quotes by Albert Ellis and Noam Chomsky, the subsequent prologue occurring on a hot day in the schoolyard of a Catholic school on a tiny island in the Pacific, likely fictional, called Costa Mora, with the then-nine-year-old Leilani serving as the chief protagonist, she and her older sister and brother, Carmen and Rudy, not to mention their mother, flee the isle due to political revolution, the Torres family’s patriarch suspiciously missing. The main chapters pick up Leilani’s story years later when she works as a psychologist and values the American holiday of Thanksgiving in her new home in California.

Leilani, throughout the story, constantly yearns for her absentee father, Dr. Renato Torres, although another political refugee from Costa Mora, General Huang (whose surname seems to somewhat clash with the island’s likely Spanish heritage), hints that he might still be alive. Leilani further forges friendship with the married couple Greg and Elise, who have a baby named Goyo. Characters from previous installments of the series such as Agnieszka Halverson eventually play part in the latter chapters, although those who haven’t read the book’s predecessors can certainly enjoy the third entry on its own. Leilani further forms a romantic relationship with a man named Justin, and in the final chapters decides to revisit her homeland of Costa Mora to settle the fate of her father once and for all

Ultimately, this proves to be an enjoyable romance novel that receives sufficient conclusion, although there are occasional filler chapters consisting mostly of banter between characters, although this reviewer would very much recommend the third entry to those who enjoyed its predecessors and typically like romance novels. 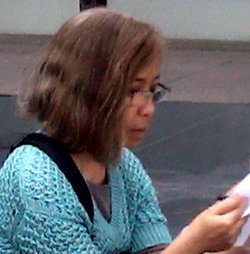