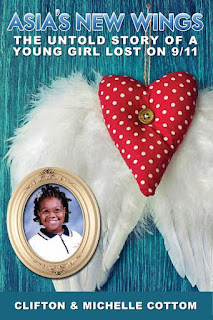 This September 11, 2001 remembrance story opens with a foreword by Dr. E. A. Ross, Pastor of New Smyrna Missionary Baptist Church in Washington, D.C., who claims that the book’s titular individual, Asia SiVon Cottom, has “written a masterpiece with her life.” The introduction that follows indicates that the losses of pets and children fall into different categories, with Asia being of the three District of Columbia Public School students that died in America Airlines Flight #77’s crash into the Pentagon on 9/11. Her parents questioned their faith, with them and their son Isiah grieved by the loss, although they acknowledge that good grew from the tragedy.

Both Michelle and Clifton (who’s referred to as Cottom by his wife and others throughout the text)  acknowledge God, friends, family, and religious authorities in their dedication sections. The main narrative opens in the first chapter, told by Michelle, with Asia set to go on a four-day National Geographic field trip to Channel Islands National Marine Sanctuary in Santa Barbara, California, on the very plane that crashed into the Pentagon on 9/11. At first many believed it to be an explosion and that Flight #77 was missing, the chapter ending with an ironic quote by Asia that she would “be eleven forever.”

Clifton narrates the second main chapter, recalling the visit to the airport with his daughter on September 11, how his friend Daryl was partially responsible for searching the rubble for the corpses of crash victims, how conspiracy theories abounded about the terrorist attacks, and so forth. His son Isiah provides the third chapter, noting that he thought the world ended when his sister died, and how he, despite not specializing in music, he wrote several poems dedicated to his sibling’s memory, mildly espousing an isolationist ideology fortunately without becoming too political.

Pastor Herbert Jackson provides the fourth chapter, noting how he was driving in the direction of the Pentagon on September 11 only to encounter standstill traffic. His mother passed on the twenty-second the same month, and he presents an essay written by Isiah about 9/11 as well as the establishment of a scholarship dedicated to Asia’s memory. Bishop Earl Ross writes the fifth chapter, indicating how Asia frequented him at church, presenting the statistic of most DCPS students not living in two-parent homes and a letter written to Asia after her death.

In the sixth chapter, Bishop Ross tells of the memorial service for Asia before the discovery of her body, intact with minimal suffering before her death, presenting an excerpt of his eulogy as well as various letters of condolence from various individuals such as former President Clinton. Chapter seven tells of the Asia SiVon Cottom Memorial Scholarship Fund, with Michelle stating that her late daughter yearned to become a pediatrician, how she became godmother to Natalie Washington, various essays from scholarship recipients, and comments from a few scholars.

The final chapter discusses the acceptance of Asia’s death, providing notes for bereavement counseling, the traditional stages of grief such as denial, anger, bargaining, depression, and acceptance, and the biblical story of Job. The book concludes with brief biographies of the Cottoms, with Clifton having vast public school experience and Michelle being involved in areas such as civil rights. Overall, this is a nice 9/11 tribute story that luckily steers clear of politicking, with this reviewer well remembering his own experience on the day when he was in his senior year of high school. 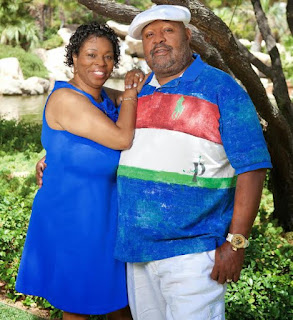 Clifton and Michelle Cottom live in Prince George’s County, Maryland and they have one son, Isiah. The Cottoms are the co-founders and executive board members of the Asia SiVon Cottom (ASC) Memorial Scholarship Fund.