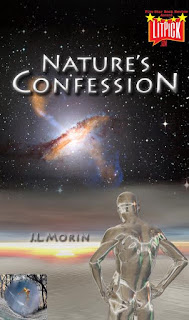 This J.L. Morin novel promises an epic yarn about a pair of teenagers that struggle to save their world from global warming, opening with praise from critics that appreciated its environmental themes, the book dubbed climate fiction, or “cli-fi.” Morin, unsurprisingly, dedicates the novel to “unconquerable” Mother Nature, and gives statistics about how governments hand out nearly two trillion dollars towards polluting industries. The author further gives thanks to a scientist, Dr. Thomas Mowbray, for his research into antipatterns, although they seem to play a minimal role at best within the story.

Morin names but doesn’t number the chapters in Nature’s Confession, with each beginning with an illustration somewhat related to the title and a quote either fictional or nonfictional, the quotation aspect present in other science fiction stories such as the Dune series. Among the mentioned fictional quotes are those from the Legend of MakSym, a boy born in year two “After Corporatism.” The protagonist’s name is Boy, who dreams of saving a girl from a giant spider and is likened to the fictitious hero Tyree, whom the Emperor of Earth and Sea seeks, with Tyree being a “hacker hero,” and the reasoning behind Boy’s identity being that parents in the dystopian future don’t feel safe naming their scion.

The author occasionally injects her ideology into the novel, noting that deaths from handguns vastly outnumber those from terrorism, with the Emperor, for instance, suggesting allowing private citizens to keep firearms as a form of population control. An incident eventually drives Boy and his parents from their home on the lam into space, with occasional twists towards the end and first-person chapters narrated by an animal. Overall, this is an enjoyable science fiction novel that’s not overly-preachy about its themes, although there are some headscratchers, and this reviewer found himself unable to answer the discussion questions following the main text without going back and really giving the book another once-over. 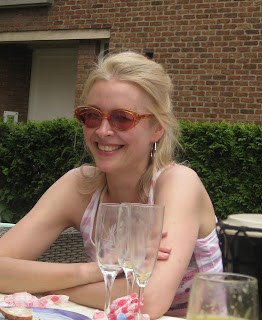 Novelist and rooftop farmer, JL Morin grew up in inner city Detroit and wrote her Japan novel, Sazzae as her thesis at Harvard. It was a Gold medalist in the eLit Book Award, and a Living Now Book Award winner. She took to the road, traveling around the world, worked as a TV newscaster, and wrote three more novels. Adjunct faculty at Boston University, J. L. Morin, was nominated for the Pushcart Prize in 2011. She is the author of Travelling Light, and ‘Occupy’s 1st bestselling novel’ Trading Dreams, a humorous story that unmasks hypocrisy in the banking industry and tosses corruption onto the horns of the Wall Street bull. She writes for the Huffington Post, and Library Journal, Sustainable Cites Collective, and has written for The Harvard Advocate, Harvard Yisei, Detroit News, Agence France-Presse, Cyprus Weekly, European Daily, Livonia Observer Eccentric Newspapers, the Harvard Crimson and others.