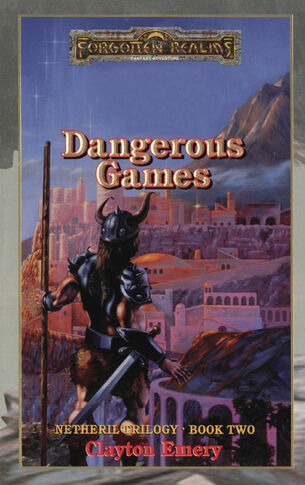 The second installment of author Clayton Emery’s Netheril trilogy opens with magician Candlemas continuing to seek a solution to the blight that has been plaguing crops, although the sequel quickly forgets this subplot. Meanwhile, Sunbright misses his former companion Greenwillow, and attempts to move on, feeling that he needs time alone in the woods. Candlemas and he find a mysterious shard from the skies in the forest that has explosive properties, with the two thrown through time and dealing with whatever comes their way as they attempt to find a way back home to their period.

The main antagonist of the second entry is the magician Karsus, a cousin to a woman named Aquesita who serves as something for a love interest to Candlemas. Sunbright himself finds a love interest as well, in his case a shaman-in-training named Knucklebones. Playing a minor role throughout the story are a group of spirits known as the Phaerimm, who conspire against the humans. Karsus is believed to be savior of the empire, and researches high-level magic, involving Candlemas as well, and developing an interest in the fallen star piece.

A number of climactic conflicts conclude the story, which is for the most part an enjoyable sequel, although it does sport occasional clichés prevalent in the fantasy genre such as time travel, an adversarial empire, racial unrest, the quest for godhood, and so forth. However, the relationships between the characters are definitely believable and have some semblance of development, and the story is full of action up until the very end of the sequel, which I would definitely recommend to those who enjoyed its precursor, and I look forward to reading the trilogy’s conclusion.
Posted by Gallen Remy at 1:30 PM