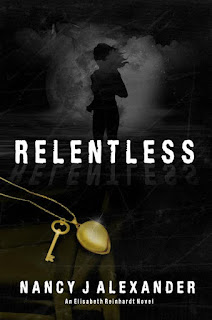 Author Nancy J. Alexander dedicates the first installment of her Elisabeth Reinhardt series to various individuals including her cousins, editor, audio version reader, grandniece, and her patients, the last group being of prime importance since psychiatry and psychology form key cornerstones throughout this novel. Gina, a successful doctor, has somewhat had a life of misery and abuse, although she finds herself thrown back into that kind of life, assisted by a fellow therapist with issues of her house in a game of being chased.

Opening the book are maps of the Raines farmstead and a map of the eastern portion of the United States to show the locations of crimes committed, with States in the vicinity that did not experience crimes, including Indiana and Maryland. The map indicates that the novel’s crimes occurred in the States of Virginia, West Virginia, Ohio, North Carolina, Pennsylvania, and Tennessee. The story opens with a girl hiding beneath a haystack, quickly following with a hospital nursery noise from infant wails.

Another early chapter opens with a woman waking from a nightmare, one of the reasons she decides to see a therapist, with the narrative making the interesting decision to show patient progress forms between a few chapters to indicate how well the patient, Gina Reynolds, progresses mentally throughout the book’s timeframe, and a few sections too have lists of murders and kidnappings perpetrated by the chief antagonists. Overall, this is an enjoyable thriller, although it does make some odd decisions such as opening a few chapters with pronouns without first indicating the person to whom they’re referring, and one section even censors the o in “God.”

Regardless of these issues, it’s very much a worthwhile read. 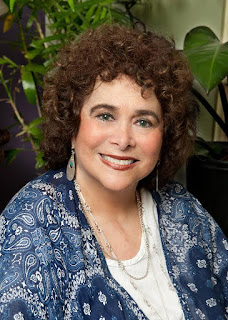 Love of the mystery/thriller genre combines with psychotherapy training and experience to produce an emotionally supercharged dramatic novel. Nancy Alexander has devoted much of her professional life to helping survivors of childhood trauma; their distress has been ingrained and works to create characters who give voice to their plight. To analyze the evil minds that prey on others and the intricacies of law enforcers who pursue them seemed a natural interlacing of professional, literary and creative interests.