In the Context of Love 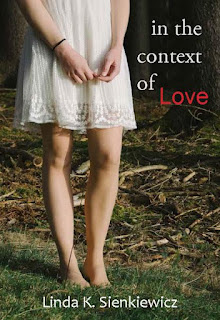 In this realistic fiction novel by Linda K. Sienkiewicz, which she dedicates to her loving family, the first-person narrator and protagonist Angelica suspects many things about her family, although the truth will come to her as a shock. Said truth sends her life into a whirlwind, with many poor decisions and unfortunate twists, which amounts to a journey of self-discovery and redemption. When the story opens, she is divorced from her former husband Gavin, with social services suggesting that it’s in the best interest of their children to see their father. In high school, she had a different love, Joe Vadas, with his very presence catching her off guard back then.

Before her eventual parenthood, the first part of the story stays in the past, with Angelica’s mother warning her about romance. Occasional backstory on her family abounds, such as her parents meeting over a plantar wart. Angelica remembers the night she met Gavin Schirrick, with a meeting between families at a rib joint south of the initial setting. After the two marry, they have a daughter named Michelle and a son named Jude, both who eventually start school. The relationship between Angelica and Gavin ultimately breaks down to the point where she seeks legal restraints against him, with the former worried about committing crime herself.

When the story ends, the author thanks various individuals for help with putting together her story such as a poetry editor for the occasional poems present in the narrative, her mentors, her editors, her supporters, and her family. Overall, this is an intriguing storyline with plentiful believable characters, and while this reviewer hasn’t truly known love or been in a relationship in his entire lifespan, he definitely does understand the potential hurdles to being in such a bond, not to mention the fragility of marriage and the need to wrestle personal issues with those related to offspring. This reviewer would definitely recommend this novel to those seeking an engaging, well-written realistic fiction narrative. 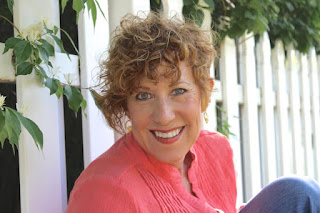 She received a poetry chapbook award from Bottom Dog Press, and an MFA from the University of Southern Maine. Linda lives with her husband in southeast Michigan, where they spoil their grandchildren and then send them back home.