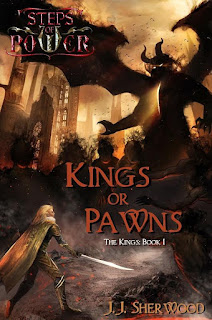 In the initial entry of author J.J. Sherwood’s Steps of Power franchise, the year is 8,994 P.E., with the elf city of Elvorium corrupted by politics, and Prince Hairem’s father deceased, the son wishing to undo the power of the council. However, several killings of loyal councilmen occur, and outside the city, a warlord named Saebellus threatens it, with the Prince finding himself in a compromising situation betwixt peace and total war. After a preview of the latter portion of the novel where the soldiers of one of the protagonists, General Jikun Taemrin, pursues a beast that slaughters his soldiers, the writer acknowledges various individuals that aided the production of the novel including her grandmother Carol Bundy, family and friends, her editor Alexandra Birr, and her spouse.

The author gives further notes on the pronunciation of names within her fantasy story, alongside a map of the setting. Preceding the main text is a diary entry from King Silandrus, who records the truth of his departure from Sevrigel, desiring to quell the ignorance of the Council of Elves believing tradition to be the foundation of their society, and issuing an ultimatum that either they resign and depart or he does. The monarch yearns to go to the Homeland of Ryekarayn, noting that the Realm of the True Bloods will have no political affiliation with the Council or the future royal line. Overall, the prelude sets the stage for an enjoyable start to a fantasy franchise, with plenty of intrigue, battles, and politics, although there is rare confusion, for instance, with this reviewer initially thinking Nazra was the name of a girl and not a horse, both referenced close in the same chapter. Even so, a recommended read. 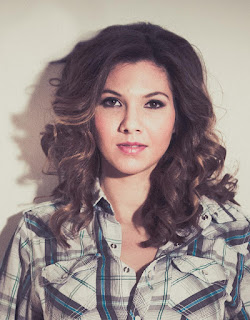 J.J. Sherwood lives in Ohio with her husband and four near-identical cats. KINGS OR PAWNS is J.J.’s widely anticipated debut novel, and is the first book of The Kings quartet. The series is set in the high fantasy world of Aersadore, home to hundreds of characters who all clamor for J.J.’s attention. To learn more about the trials and tribulations of General Jikun and King Hairem, visit StepsofPower.com. J.J. Sherwood will be at the tenth Fandom Fest Comic Con in Louisville, Kentucky this coming August 7th-9th.