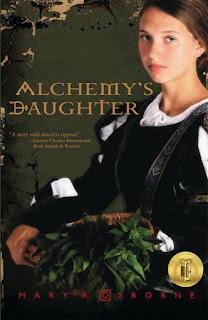 This historical novel opens with critical acclaim for both the book itself and its sequel Nonna’s Book of Mysteries, and is dedicated to the memory of the author’s grandmothers. Writer Mary A. Osborne indicates in the novel’s acknowledgements section that she commenced writing it when her son was in preschool and finished it during his seventeenth year as a student. Also opening the book is a timeline of various historical events such as the foundation of the Order of Hospitallers and relocation of the Papacy from Rome to Avignon, France, not to mention maps of San Gimignano and Certaldo, Italy, alongside a depiction in Europe of the Via Francigena, the road to Rome from France.

The chief protagonist is a female named Santina, who takes lessons from a scholar named Calandrino and becomes more comfortable as a bookworm ever since her older sister Lauretta married and moved away. Santina has loved her instructor since she was fourteen, having thought that he could have cured her mother, Adalieta, three years dead, of her health issues, becoming interested in things such as alchemy, The Book of Thoth, and the philosopher’s stone central to the forbidden art of alchemy. Santina ultimately becomes the apprentice of Trotula as a midwife after her father forbids her to see Calandrino, and she attends several childbirths, learning about things such as Cesarean sections.

Santina ultimately faces the decision of joining a convent or entering a loveless marriage, although she takes the middle route and pursues her former love Calandrino, who continues to fuel her interest in alchemy with a package, and she continues her pursuit of him. Ultimately, this is an enjoyable historical novel, with the glossary making sense of unfamiliar terms and the author showing her work in the story’s bibliography. The subject of alchemy certainly isn’t new to literature, and has been touched on in other media such as the Japanese manga and animated series of Fullmetal Alchemist, but the book is certainly a worthwhile read. 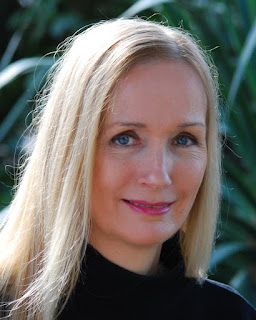 Mary A. Osborne is the multiple award-winning author of Alchemy's Daughter and Nonna’s Book of Mysteries. A graduate of Rush University and Knox College, where she was mentored in the Creative Writing Program, Ms. Osborne is a registered nurse and holds degrees in chemistry and nursing. Her freelance work has appeared in publications such as Hektoen International, Newcity, and the Examiner.com. Ms. Osborne lives in Chicago.