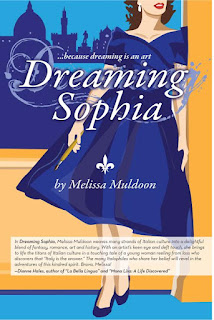 This realistic fiction novel, narrated by character Sophia Loren, is dedicated to the author’s parents and husband, who in her words inspired her creativity and “gave her wings to fly,” with an initial illustration depicting the protagonist surrounded by Italian luminaries such as Michelangelo, and history playing a significant role in the book. The novel is further divided into parts reflecting a portion of history, the first being antiquity, referring to classical civilizations. Tragedy strikes early on in the death of the protagonist’s parents, with Sophia contemplating several courses of action, mentioning that her mother had studied art in Italy.

The second section references medieval art, which the author indicates became less realistic after the devastating Black Death, and where Sophia returns to Philadelphia to finish her Master of Fine Arts degree, ultimately moving to Italy in further pursuit of her studies. The third part references the early Renaissance, where artists broke free from the restrictions of the medieval era, and indicates that Sophia didn’t have a great track record when it came to relationships, although finding out a truth about her mother’s past somewhat encourages her to seek love again.

The following section alludes to the Golden Renaissance, where the philosophy of humanism influenced the arts, and where Sophia executes her creative skill in drawing outdoor scenery. The next part involves the baroque period, which involved complex artistic emotions, and where the narrator becomes a teacher, introducing students to Florence. Next is the rococo period, where art became more graceful than in previous artistic epochs, where the protagonist celebrates Christmas and the new year in Florence. The Venetian Renaissance follows, which involved the heightened popularity of oil painting started in Venice, and where Sophia becomes intimate with an Italian man named Lorenzo.

The final section of the novel references modern art, the author indicating that this period lasted from the 1860s to the 1970s, and during which Sophia solidifies her relationship with Lorenzo. Overall, this is a satisfying, often education read, with some introduction to Italian language phrases and history of luminaries from the country, although it could have very well gone on for at least one more section, given the lack of explanation of an artistic period beyond the ‘70s, and there are occasional incongruities such as the pleonastic use of “from whence” where simply “whence” would have sufficed. Even so, this reviewer would very easily recommend this story. 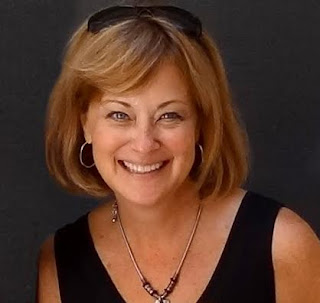 Melissa Muldoon is the Studentessa Matta-the crazy linguist! In Italian, "matta" means "crazy" or "impassioned". Melissa has a B.A. in fine arts, art history and European history from Knox College, a liberal arts college in Galesburg, Illinois, as well as a master's degree in art history from the University of Illinois at Champaign-Urbana. She has also studied painting and art history in Florence.

Melissa promotes the study of Italian language and culture through her dual-language blog, Studentessa Matta (studentessamatta.com). Melissa began the Matta blog to improve her command of the language and to connect with other language learners. It has since grown to include a podcast, "Tutti Matti per l'Italiano" and the Studentessa Matta YouTube channel. Melissa also created Matta Italian Language Immersion Tours, which she co-leads with Italian partners in Italy.

Dreaming Sophia is Melissa's first novel. It is a fanciful look at art history and Italian language and culture, but it is also the culmination of personal stories and insights resulting from her experiences living in Italy, as well as her involvement and familiarity with the Italian language, painting, and art history.

As a student, Melissa lived in Florence with an Italian family. She studied art history and painting and took beginner Italian classes. When she returned home, she threw away her Italian dictionary, assuming she'd never need it again but after launching a successful design career and starting a family, she realized something was missing in her life. That "thing" was the connection she had made with Italy and the friends who live there. Living in Florence was indeed a life-changing event! Wanting to reconnect with Italy, she decided to start learning the language again from scratch. As if indeed possessed by an Italian muse, she bought a new Italian dictionary and began her journey to fluency-a path that has led her back to Italy many times and enriched her life in countless ways.
Now, many dictionaries and grammar books later, she dedicates her time to promoting Italian language studies, further travels in Italy, and sharing her stories and insights about Italy with others. When Melissa is not traveling in Italy, she lives in the San Francisco Bay Area. She is married and has three boys and two beagles.